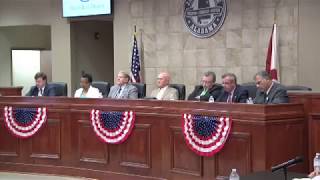 Meeting of the Mayors

The mayors of Calhoun County all met yesterday in Jacksonville to discuss projects, plans, and other happenings in their respective communities. The State of the Cities event had the mayors from Anniston, Hobson City, Jacksonville, Ohatchee, Oxford, Piedmont, and Weaver. The mayors generally hold a closed meeting every two months, but this meeting was open to the public to allow the mayors to update citizens on the progress of their cities and towns. The event was hosted by t 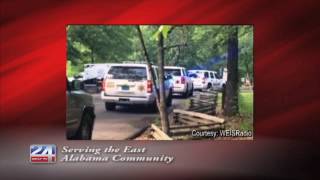 Child Dies After Recent Near Drowning

A child who nearly drowned at Canyon Mouth Park earlier this month has died. Cherokee County Coroner Jeremy Deaton says the five-year- old Albertville girl passed away early this morning. The child’s parents reportedly said she had been out of their sight less than two minutes when she was found under water and unresponsive. 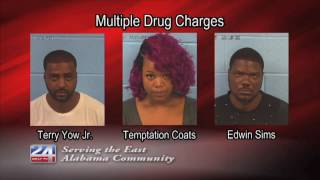 A search warrant executed in Gadsden yields heroin, guns, and three arrests. Terry Yow Jr. of Gadsden faces two counts of distribution and two counts of possession of a controlled substance, along with a weapons charge. Temptation Coats of Gadsden faces an oxycodone trafficking charge, and Edwin Sims of Montgomery faces a 2nd degree possession of marijuana charge. Police made the arrests while executing a search warrant at a home on 7th Avenue. Police found three grams of her 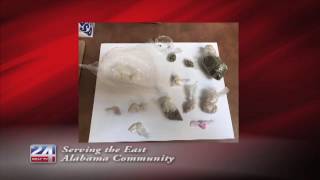 In Anniston, a routine traffic stop ends with one person in custody on drug charges. Police officers pulled a man over for having a switched tag on his vehicle. During the stop, the officers smelled marijuana and, upon further investigation, found several baggies containing what they believe to be almost 8 grams of heroin, spice, marijuana, meth, Xanax, and two unknown substances. The man was arrested and is charged with trafficking, possession of a controlled substance, poss 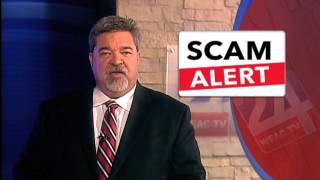 New Scams on the Rise

DeKalb County Sheriff Jimmy Harris reminds everyone that it is that time of year when new scams begin going around. Harris says his office received a report of someone calling from a local number and saying that they were calling from a Hearing Aid company and then trying to sell something. These calls may even look like they come from a person in your community on your caller ID. The sheriff says that phone and internet scams are a daily problem and says to use common sense 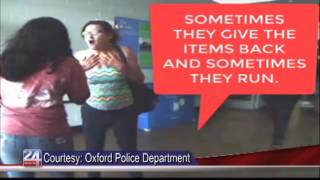 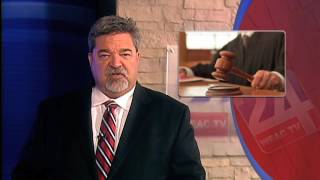 A federal grand jury indicts an Odenville man for possessing a pipe bomb. US Attorney Robert Posey says that Edward Dempsey was in possession of a pipe bomb that was not registered to him in the National Firearms Registration and Transfer Record. Dempsey was found with the bomb in St. Clair County last August. The maximum penalty is 10 years and a $10,000 fine. 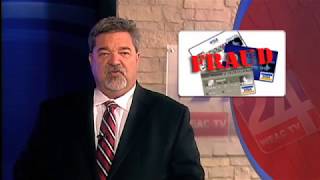 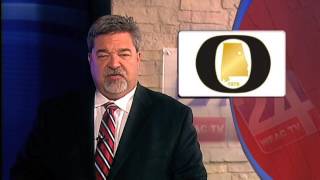 The Oxford Board of Education names a new principal for Oxford Elementary School. Jordan Weathers, of Jacksonville, will take over the position left open by the retirement Debbie Nelson. Weathers has spent the last two years as the assistant principal at Wellborn Elementary School. According to the director of human resources for the school system, Weathers’ contract has not yet been finalized. The board also hired 16 others throughout Oxford City Schools. 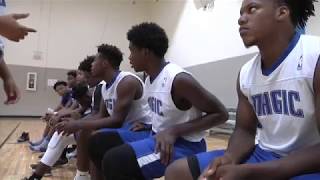 The Etowah County Sheriff’s Office took a group of teenagers from the Boys and Girls Club to court on Thursday...the basketball court! The two teams faced off in the first Cops and Kids Basketball Game hosted by the Gadsden/Etowah County club. The event aims to build good relationships between law enforcement and the community. Chief Deputy Michael Barton says the pick-up game is a great way to build bonds. The Boys and Girls Club team, nicknamed “Magic,” consists of area sch
1
2345