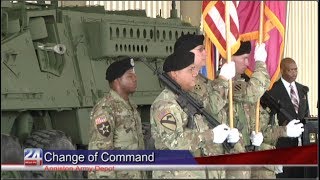 The Anniston Army Depot has a New Commander

The Anniston Army Depot has a new commander. With the Passing of the Flag, Colonel Joel Warhurst took over command of the depot from Colonel Martine Kidd today at a change of command ceremony. Warhurst says he’s excited for the opportunity to work at the depot. Kidd has served as the depot’s commander since July of 2015. She says despite the obstacles, she has enjoyed her tenure at the depot. The depot overhauls, repairs, and modernizes a variety of ground combat vehicles for 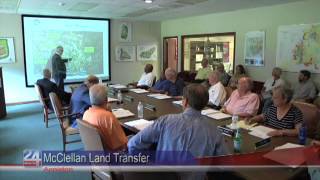 MDA Discusses Land Transfer to the City of Anniston

The McClellan Development Authority is discussing a land transfer to the city of Anniston. In a meeting today, the MDA Board of Directors continued talks to transfer 1,000 acres of land to the City. The board agreed for MDA staff to work with City officials to produce formal requests for the transfer. They also agreed to do the same with the Calhoun County Economic Development Council for the transfer of industrial property. Negotiations for the transfers are still on-going. 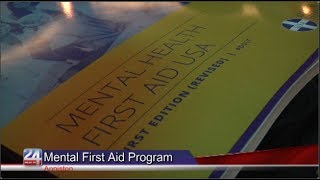 Garrett Counseling hosts a first aid certification program today that doesn’t involve CPR. The Mental First Aid is a certification course that teaches how to help someone who may be having a mental health crisis. The nationwide program is a part of the National Institute of Mental Health. Certified Mental Health First Aid Instructor Kim Whorton says the course is a great way to help normalize mental health assistance. The course covers how to recognize the first symptoms of a 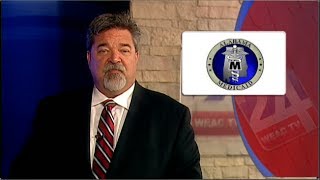 Plans to Shift the State's Medicaid Program Has Been Abandoned

Alabama officials have abandoned a plan to shift the state’s Medicaid program to managed care. The program shift has had multiple hurdles since it was approved by legislators in 2013. One reason for not going through with the overhaul is the expectation that President Trump and congress may bring large changes to the Medicaid program. Governor Kay Ivey released a statement saying the circumstances surrounding Medicaid have changed, so their approach must change too. 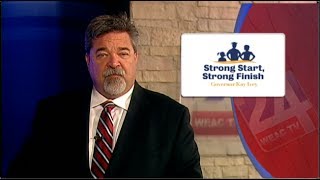 Governor Ivey has announced her plan to improve education in Alabama. In a speech in Birmingham, Ivey introduced the Strong Start, Strong Finish program. She described the initiative as three distinct steps of education. Starting with an emphasis on proficient reading by the third grade, then bringing computer-science courses to more Alabama high schools, and finally a push for post-secondary education. Ivey says Alabama’s educational system has not received the positive spot 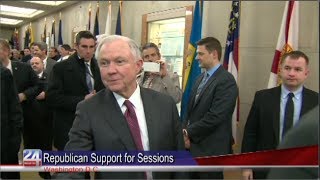 Republican lawmakers are showing support for Attorney General Jeff Sessions after President Trump has been publicly criticizing him. In a tweet Wednesday night, Senate Judiciary Committee Chairman Chuck Grassley said there will not be a vote for a new Attorney General. Sessions, a former Alabama senator, was one of the first Republicans to endorse Trump during his campaign. Now, the president claims Sessions is taking a quote “very weak” position on crimes that Trump has accu 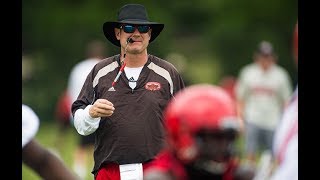 The Jacksonville State football team hit the practice field for the first time on Thursday and head coach John Grass liked what he saw. The three-time defending Ohio Valley Conference champions worked out for two hours in the afternoon heat that saw the heat index climb into triple digits, but the reigning OVC Coach of the Year called the workout one of the best first days he's seen in his time at JSU. (Hear from head coach John Grass in the featured video) "I like what I saw 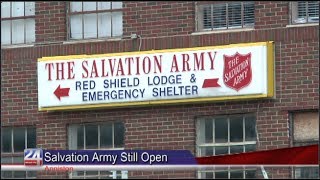 The Salvation Army in Anniston is Still Open

The Salvation Army in Anniston is reminding everyone that they are still offering services to the community. Thank you for joining us, I’m Carl Brady. Although the charity’s Family Store closed nearly two months ago, they are still active in helping those in need. The emergency shelter is still open, as well as the food pantry. The organization says it is facing struggles with receiving enough donations for the food pantry, and asks for people to donate. Anyone looking to don 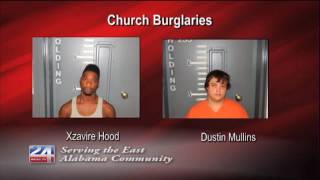 Two men are behind bars in connection with two church burglaries. Xzavire Hood of Cedar Bluff and Dustin Mullins of Gaylesville both face multiple felony and misdemeanor burglary charges. According to Cedar Bluff Police, the two men broke into two churches, pried open several doors, but did not take anything. The men were previously arrested after being caught on camera breaking into a laundromat on the same night as the church burglaries. They posted bond for that arrest las 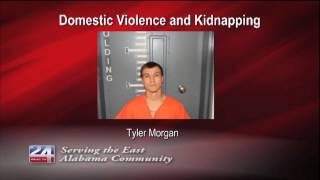 A Wanted Man is Now Behind Bars