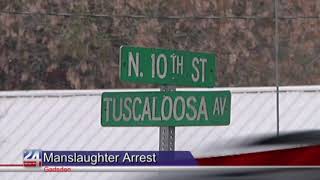 Altercation Leads to Death and Arrest

A Gadsden man is behind bars in connection to the death of another man. Gadsden Police Sergeant John Hallman says on July 19th of this year, Quinton Baker and Andrew Thomas were involved in a fight in the 1000 block of Tuscaloosa Avenue. The altercation caused Thomas to have a seizure. A Gadsden Police officer was flagged down and medics were called. They took Thomas to a local hospital where he later died. Thomas’ body was taken to the Alabama Department of Forensic Sciences 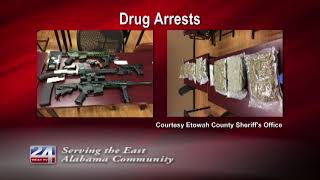 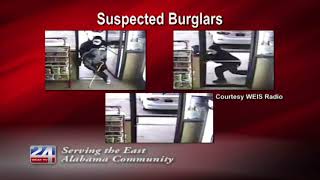 Burglary at Alaco Pharmacy in Centre

The Centre Police Department is investigating a burglary that took place at Alaco Pharmacy on the Chesnut Bypass. An officer responded to an alarm call just before 6:30 this morning. When the officer arrived he found the door was open and pill bottles were strewn around the counter and across the floor. Video surveillance footage shows two people dressed in black and gray, filling garbage cans with merchandise before rushing out and driving away in a four door car. The two st 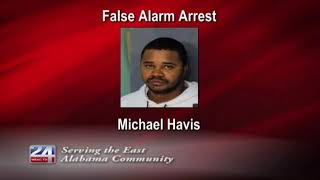 A man tells dispatchers lives are in danger, but responding officers say they found a much different situation when they arrive at the scene. Fort Payne Chief Detective Lt. David Davis says Fort Payne Police received a call from Michael Havis claiming a man wearing a white hoodie was firing a gun in the 14th Street area. When officers arrived they found a man fitting the description on the stoop of an apartment. Officers searched the man and only found a cell phone. Further i 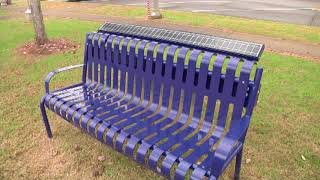 One local city plans some high-tech upgrades in order to draw more visitors to the town square.The Jacksonville Square is the heart of the small college town. Recently the City of Jacksonville has begun to update the space with the intent to bring more people. Improvements include new restaurants and shops, but the newest and most technologically-forward upgrade is the benches. City Councilmen Jimmy Harrell explains why. Harrell also says the city of Jacksonville hopes to one 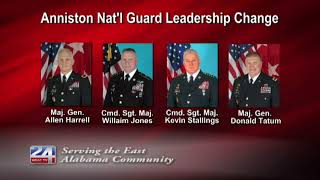 The Anniston National Guard unit is changing leadership. The Alabama National Guard’s 167th Theater Sustainment Command, in Anniston, will get a new commander and command sergeant major in a ceremony at the Marshall Parade Field. The celebration will be on December 2nd at the Fort McClellan Army National Guard Training Center at 10am. Major General Sheryl Gordon will officiate as Major General Allen Harrell will relinquish command to Major General Donald Tatum. And Command Se 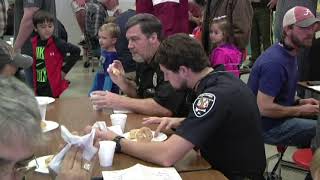 Doughnuts for Dads at Southside Elementary

A local kindergarten class holds a fun and delicious event for dads and law enforcement to help the kids learn a certain letter. Southside Elementary Kindergarten classes are learning the letter “D” this week. To help the students, the classes hosted a Doughnuts for Dad event. Fathers, law enforcement, fire fighters, and the mayor of Southside were all invited to come to the school and enjoy delicious doughnuts. Teachers Tiffany Webb and Allison Moore say they want the childr 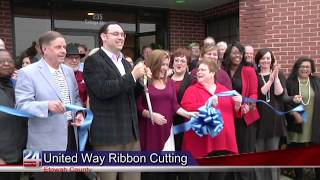 United Way of Etowah County Moves to a New Building

An organization that strives to improve lives cuts the ribbon on a new facility. The Etowah County United Way has moved from Fourth Street to the former Alabama Department of Revenue Building on College Street in Gadsden. The new facility is bigger, and United Way Board of Directors President Shane Ellison says they have the community to thank. United Way has a long tradition of using donations to give back to the community. The Etowah County United Way serves several cities 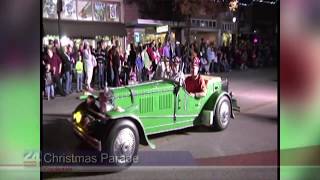 With Christmas Parades happening all around, one city hopes to stand out. This years Gadsden Christmas Parade will be held this Saturday, December 2nd. This year’s parade features fewer entrees, but the same amount of fun as always. Kiwanis Member Glenn Williams says the fun doesn’t stop when the parade ends. The parade begins on 7th Street and the first float will makes its way into the downtown area at 10:30am. This is the first daytime Christmas Parade Gadsden has held in 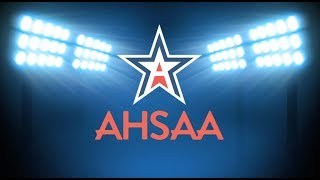 The Alabama High School Athletic Association Central Board of Control unanimously approved Thursday a seven-classification system for championship play for the 2018-19 and 2019-20 school years. The seven-class system, which began in 2014-15, was approved once again for all sports. For the first time, however, for classification, non-traditional students were included in the average daily membership figures reported for member public schools by the Alabama State Department Edu
78910
11