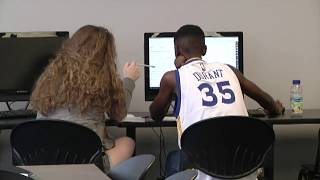 Gadsden State Community College hosted yet another ribbon cutting ceremony for a new student engagement center. The new student center is an environment for students to come and get tutoring for any class along with advisement help from professors. The student center is also an atmosphere for students to get resume writing and interview skills. Associate Dean for Gadsden State Kelley Pearce says the facility will help every student at Gadsden State. The Inzer Student Center w 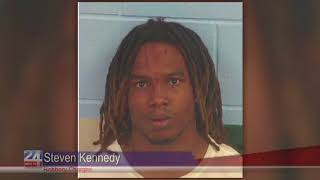 A Birmingham man wanted for attempted murder is now behind bars in Etowah County. Steven Kennedy is charged with first degree robbery after police say he held up an AutoZone on Rainbow Drive. Officers arriving at the scene saw Kennedy and another man driving away in a vehicle. Officers chased the getaway car into St. Clair County on Interstate 59. Odenville Police joined by throwing spike stripes out onto the road to stop the vehicle. Once the car stopped, Kennedy and another 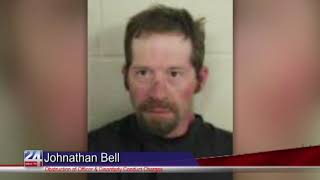 A Jacksonville man has been charged with felony obstruction of officers. According to investigators, Johnathan Bell attended a motorcycle rally in Cave Springs, Georgia where he was intoxicated and refused to stop disrupting the event. Bell also did more than $1,700 worth of damage to motorcycles. Bell then attempted to fight two officers once they tried to remove him from the event. Bell was booked into the Floyd County Jail and charged with second degree criminal damage to 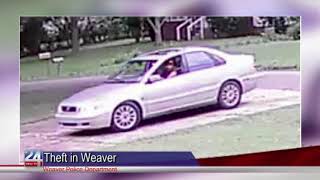 Weaver police are looking for the driver in this picture. The driver is wanted for questioning in relation to a theft. Surveillance video shows the man taking a push mower and weed eater from a shed on Bonnie Drive. The car is believed to be a 1999 to 2002 Silver Volvo S70 or S80. If you have any information regarding this incident please call the Weaver Police Department. 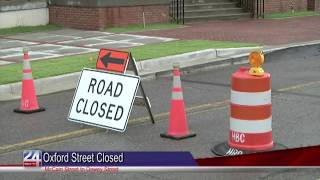 A portion of Choccolocco Street in Oxford will be closed for construction for at least the rest of the week. The construction is part of the city’s StreetScape Project. The section that will be closed is McCain Street to Dewey Street in front of the Performing Arts Center. The StreetScape Project will give downtown Oxford a new look that features bigger sidewalks, underground power, and new street lights. 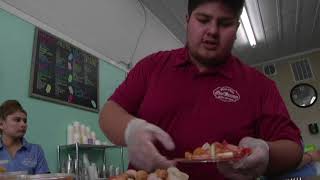 Downtown Oxford is not only getting some remodeling done, but there is also a new business in town. First Class Ice Cream is officially open for business. The ribbon cutting ceremony took place today for the family owned and operated business. First Class Ice Cream serves dozens of handmade ice cream flavors served in a cone, cup or on a stick. Some flavors are created from scratch by the Lopez family. Store Owner Julian Lopez says he didn’t want to open his business anywhere 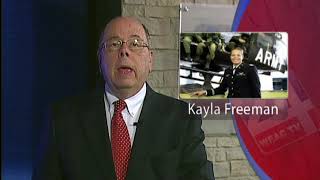 Kayla Freeman from Huntsville has made history as the first black female pilot in the state’s National Guard. Second Lieutenant Freeman graduated from Tuskegee University in 2016. She then went on to graduate from Fort Rucker’s Army Aviation School. Second Lieutenant Freeman is currently at Fort Hood in Texas, where she is preparing to deploy to the Middle East as a platoon leader in the Alabama National Guard's 1-169th Aviation Battalion. 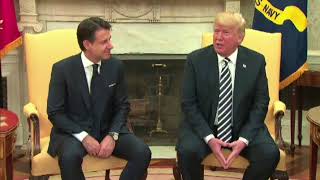 President Donald Trump took to Twitter over the weekend and said that he would consider shutting down the government if Democrats refuse to vote for his immigration proposals that includes a US Mexico border wall. President Trump wants changes made to legal immigration that would involve scrapping a visa lottery program. The president also demanded that the US shift to an immigration system that is based more on merit and less on family ties. During a news conference, Preside 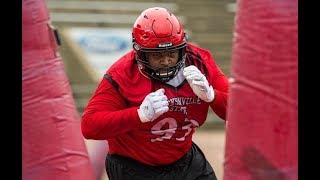 The Jacksonville State football team shortened its practice on Monday morning to allow for some academic work, but head coach John Grass made sure he made the most out of his time on the field in Day Four of fall camp. The Gamecocks went for just under 90 minutes on their practice fields in the first morning practice of the fall and then broke for the afternoon so that guys could focus on finishing classes and finals as the summer winds down. (Hear from JSU head coach John Gr 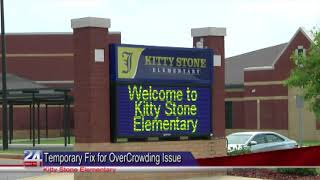 The Jacksonville Board of Education has found a temporary fix for the overcrowding issue at Kitty Stone Elementary. City education leaders have agreed to lease a two classroom mobile unit for the 2018-2019 school year. The extra classrooms are needed because of the enrollment overflow in Kindergarten and first grade classrooms. The mobile unit is contracted from Williams Scotsman Incorporated and will cost the board more than $40,000. The two classrooms will hold the school’s
1
2345