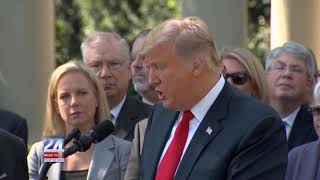 The United States, Canada, and Mexico have finally reached a trade agreement after more than a year of negotiating. According to President Donald Trump, this is the largest US trade deal ever made. The three countries have agreed to 40% to 45% of automobile parts to be made by US workers earning at least $16 an hour in order for the car to be free from tariffs. Some of Canada’s dairy market will also be opened up to US farmers like milk, yogurt and ice cream that could produc 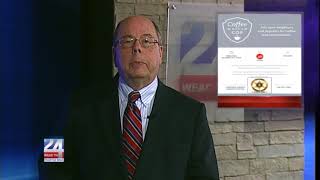 National Coffee with a Cop Wednesday

This Wednesday is nationally known as the Coffee with a Cop event. This nationwide event is to help break barriers between law enforcement and citizens they serve. Coffee with a Cop allows people to sit down with law enforcement, ask questions, voice concerns, and get to Officers and deputies with the Anniston Police Department and Cherokee County Sheriff’s Office are individually participating in Coffee with a Cop. Time and location of these events are shown above. Everyone 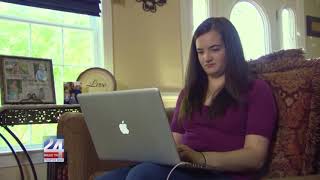 Today marked the first day that college bound students can begin applying for financial aid. It’s also the first time they can apply through mobile devices. Applying for financial aid has now become much easier for students as they can now fill out the Free Application for Federal Student Aid on a mobile app called ‘My Student Aid.’ Creators have arranged the app differently to help better navigate through the website and answer all necessary questions to successfully comple 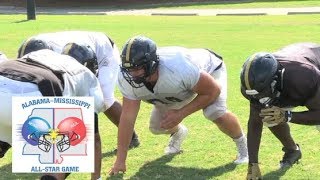 The rosters for the upcoming Alabama - Mississippi All-Star game released on Monday and the star-studded event will have some local flavor. Oxford 5-star offensive lineman Clay Webb and linebacker Kendall McCallum have been picked to play in the prestigious game. The contest pits the top senior high school football players from Alabama against the Mississippi All-Stars coming up in December. McCallum has already committed to LSU while Webb is uncommitted. Official press relea 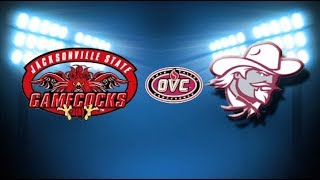 Jacksonville State earned their 2nd straight OVC win with an impressive 48-32 win over Austin Peay. The Gamecocks have now won 34 straight conference games and this week they hit the road to face Eastern Kentucky. It will be their first true road game - the other road test was a neutral site contest in the opener against North Carolina A&T. The Gamecocks and Colonels will meet on the gridiron for the 16th time and eighth time in Richmond. JSU is 9-6 all-time against EKU and i
18192021
22