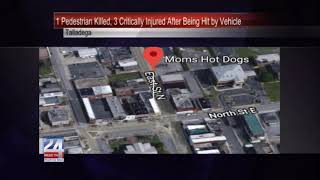 1 Killed, 3 Critically Injured After Being Struck by Vehicle in Talladega

A legally blind pedestrian has been killed and three others are critically injured after being struck by a vehicle heading south on East Street North in Talladega. According to the Talladega County Coroner, 66-year-old Tyrone Jordan of Talladega was pronounced dead at the scene. Two young girls ages six and nine are in critical condition and have been airlifted to the Children’s Hospital in Birmingham. Natisha Lovett also of Talladega, was struck while driving a motorized sco 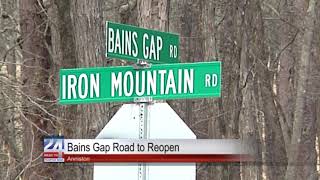 A road in the Anniston community that has temporarily been closed since October will finally reopen on Monday. Bains Gap Road will soon reopen after months of closure due to a drain replacement project by the US Fish and Wildlife service. The McClellan Development Authority anticipated for the road to be closed only for a month, but, replacement efforts took longer than expected. Drivers will be able to access Bains Gap Road beginning next week. 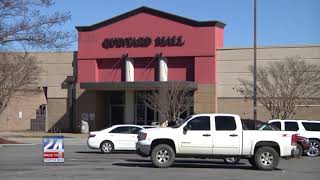 Quintard Mall owners, the Hull Property Group, has a new policy on weekends for parents wanting to drop of their teenagers at the mall with parental supervision. The “Family First” mall policy has been put in place to eliminate teenagers under the age of 18, roaming around the shopping mall causing problems and disturbing those who are actually shopping. Store owners have been complaining about shoplifters and fights that continuously drives away customers. According to Oxfor 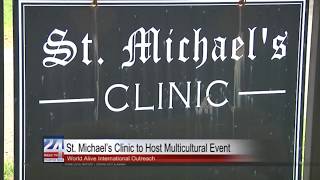 Saint Michael’s Clinic is hosting a multicultural event on Saturday for the entire family to enjoy. This event will help raise money so the clinic can provide free primary care for low income or uninsured families in Calhoun County. Saint Michael’s has been serving the community since 1988. Seeing more than 20 patients on a daily basis. Starting tomorrow at noon, the clinic will host an event full of food, arts, crafts, and music from Central and South America. Volunteers wit 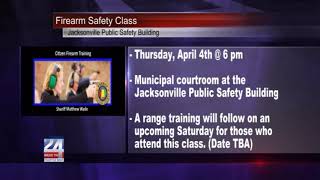 Calhoun County Sheriff’s Office wants its residents to be aware and safe when it comes to owning a registered firearm. A firearm safety class will be held Thursday, April 4th in the municipal courtroom at the Jacksonville Public Safety Building starting at 6pm. This class is free and anyone owning a registered gun is encouraged to attend. This class will provide information on gun safety, use of force, and applicable laws. A range training will follow on an upcoming Saturday 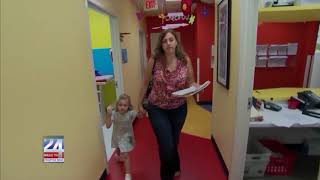 An increase in child obesity and diabetes has forced Physicians’ and Pediatricians to call for several demands in an effort to lower the amount of sugar consumed by kids. The American Academy of Pediatrics and American Heart Association have teamed up to target the makers of sugary beverages to help reduce the amount of sugar drinks kids consume. The two physician groups also want a federal nutrition assistance program that gives access to healthy foods and discourage sugar-s 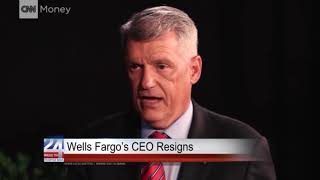 Wells Fargo’s Tim Sloan, is giving up his role as CEO, President, and his seat on the board, effective immediately. Sloan believes that he’s becoming too much of a political target since the bank has struggled to overcome a wave of scandals. Wells Fargo’s Board of Director has chosen its general counsel, Allen Parker to serve at interim CEO and President until an outsider is hired for the position. Sloan was the leader of the bank for more than three years. He will fully reti 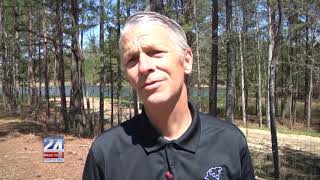 The Calhoun County Commission and McClellan Development Authority have officially approved the land transfer to the Back Country Horsemen of Alabama. This means a horse riding trail will soon be located in Calhoun County. Shortly after today’s commission meeting, commissioners toured the land where the horse riding trail will be built. The MDA agreed to transfer approximately 901 acres of land over to the county so the Back Country Horsemen Association can begin constructing 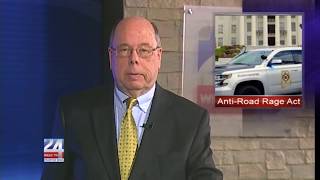 Drivers who stay in the left lane on Alabama Interstates for longer than a mile and a half without passing vehicles could soon get ticketed for it. Retired state trooper and current state lawmaker, Phillip Pettus recently proposed a bill called the “Anti-Road Rage Act.” Representative Pettus tells TV24 that he believes this bill would improve traffic in addition to preventing road rage incidents. The bill would also allow exceptions such as traffic congestion, construction, o 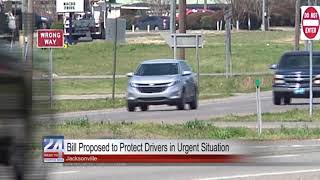 A state representative from Jacksonville recently proposed a bill to the House of Representatives that could grant civil immunity to anyone who is transporting someone to a healthcare facility. Representative KL Brown introduced a bill that he says will protect drivers taking someone to a medical care facility from civil liability for negligence if an accident happens. Brown believes people exercising good deeds shouldn’t be punished if an accident occurs unless the driver en
1
2345