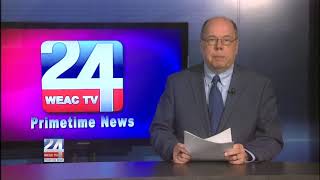 A former youth evangelist and Gadsden native who ministered to millions of teens and adults around the world has been given the maximum prison sentence after recently pleading guilty to sexually abusing more than two dozen teenagers. According to WEIS Radio, Paul Acton Bowen was sentenced to more than 1,000 years in prison for his guilty pleas to sexually abusing teenagers between the ages of 13 and 16. Earlier this month, Bowen pleaded guilty to 28 counts that include Entici 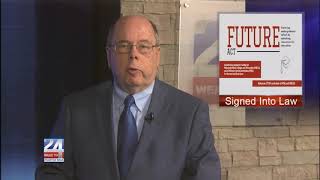 After 15 months of raising awareness and earning support on an issue, US Senator Doug Jones has announced his FUTURE Act has been signed into law by President Donald Trump. This legislation will permanently renew $255 million each year for Historically Black College and Universities and minority-serving institutions. The bill also includes a first step toward simplifying the Free Application for Federal Student Aid process. Senator Jones, who is a member of the Senate HELP Co 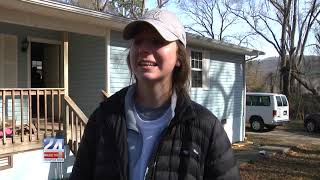 While many students are taking a break from school to relax and enjoy the holidays, several students from the University of Alabama partnered with Habitat for Humanity of Calhoun County to be of service to those in need. But what makes this so special is that the students organized the weeklong trip all by themselves. Students who are a part of the university's “Beyond Bama” program has spent the past week in Calhoun County working on Habitat for Humanity houses. Beyond Bama 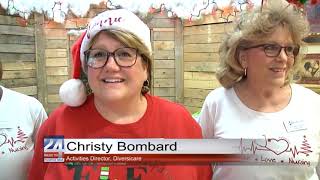 Alabama Power’s Service Organization is the reason why Christmas arrived early for more than 100 residents living at a nursing home facility in Oxford. 20 volunteers with APSO delivered 151 shoebox presents to residents living at Diversicare nursing home in Oxford today. APSO’s goal is to address the needs of the community and the less fortunate. Santa Claus stuck around to take pictures with the residents as they received their gifts as well-making this a memorable moment fo 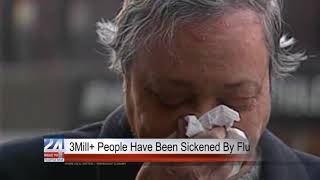 Millions of Americans Affected by Flu This Year

Flu season is in full swing and doctors are encouraging everyone to get their flu shots. The Centers for Disease Control says the infection has already killed 1,800 people since the official season began in late September. The flu has sickened at least 3.7 million others and sent 32,000 to the hospital. In addition to flu season striking faster and earlier than usual, it’s also bringing an odd mix of viruses. The CDC doesn’t expect new cases to slow down any time soon and exp 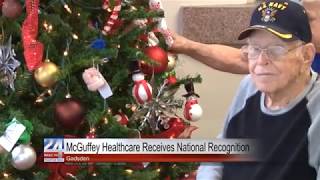 A Gadsden nursing home has been recognized nationally for their improving quality of long-term care. The American Health Care Association and National Center for Assisted Living has recognized McGuffey Healthcare for its achievements in the quality of care they provide for its residents. They facility and its faculty accomplished two out of four national goals including improved customer satisfaction and mobility outcomes for residents. McGuffey’s Administrator, April Conley, 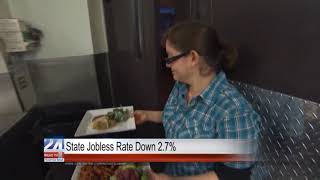 Alabama’s unemployment rate is down to a record low 2.7%. According to a statement released by Governor Kay Ivey’s office, not only is the jobless rate well below the national unemployment rate of 3.5%, November was the seventh straight month for the state to reach a record low for unemployment. The state has gained more than 50,000 jobs since this time last year. Labor Secretary Fitzgerald Washington says manufacturing employment in the state is at its highest in 11 years an 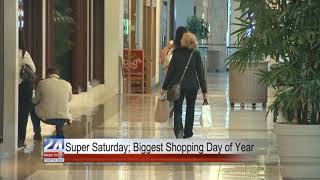 The Saturday before Christmas is expected to be the biggest shopping day of the year. The National Retail Federation suspects “Super Saturday” will beat out “Black Friday” crowds. A survey conducted says that 147.8 million people are expected to shop. Also known as “Panic Saturday” this shopping holiday is all about getting last minute holiday gifts. Cheap “Black Friday” prices aren’t super likely, but some stores will have extended hours to ensure shoppers find everything th 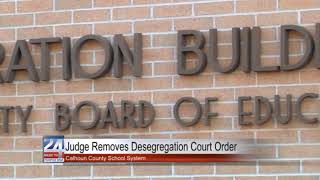 The desegregation court order that has been in place for Calhoun County Schools over the past five decades has officially been removed. According to Deputy Superintendent Courtney Wilburn, the Federal Court awarded Unitary Status to the Calhoun County School System, which means the effects of past segregation are completely eliminated and the school system will no longer be supervised by the court system. Although no county schools are all-white or all-black, this will help s 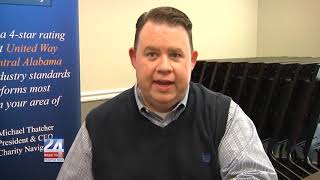 Grants Awarded Across the State to Help Homeless Alabamians

Governor Kay Ivey has announced that $2.5 million in grants will go towards helping homeless Alabamians as well as those who are in danger of becoming homeless. And more than $700,000 of the grant money will help those in need right here in East Alabama. The funding is coming from the federal Emergency Solutions Grant program and will support organizations across the state that provide shelter, legal and health services, and financial education. Out of the 13 government and c
1
2345