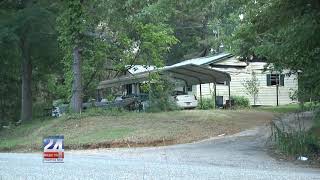 A late night house fire near Munford killed one person and injured another. Oxford Fire identified the victim as 74-year-old Mae Lois Jemison. Her husband, 75-year-old James Jemison managed to make it out of the burning home through a window, but he was taken to a nearby hospital for treatment of injuries from broken glass. Firefighters responded to the couple’s home in the Silver Run Community on Cobb Road around 10:30 Thursday night. When they arrived, they heard someone 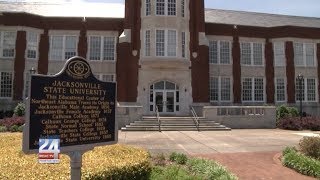 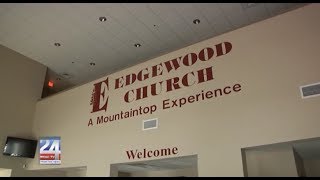 Despite ongoing concerns over COVID-19, more businesses and organizations are continuing to reopen their doors. This weekend will be the first weekend many churches and places of worship hold in house services. Members with the Edgewood Congregational Methodist Church in Anniston will be welcomed back this Sunday, but under temporary guidelines precautions. Although services will be different from what most are used too, Snow says he knows everyone will be excited to be toget 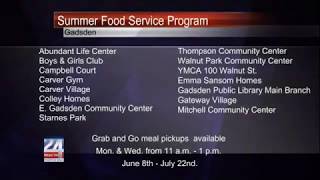 The City Gadsden is participating in the Summer Food Service Program. Meals will be provided to all children without charge. A list of locations where meals will be provided is shown on your screen. The Grab and Go meal pickups at these locations will be available on Mondays and Wednesday from 11 a.m. to 1 p.m. June 8th through July 22nd. 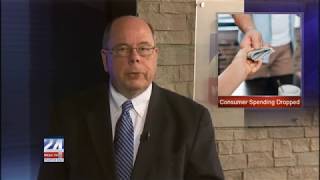 With most people on lockdown the past couple of months because of the pandemic, people just weren’t spending as much. In fact, American spending dropped by $1.89 trillion in the month of April. According to the report from the Bureau of Economic Analysis, that’s a 13.6% drop. The report is bad news considering about two-thirds of our economy runs on consumer spending. Experts have said they worry the second quarter might end up being the worst on record; however, on the flip 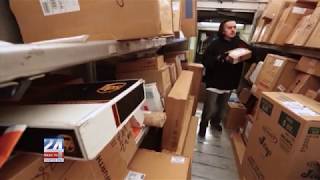 UPS Adding Peak Surcharges Due to COVID-19 Demand and Cost

The Pandemic is forcing UPS to add peak surcharges to certain U.S. domestic packages. The shipping company says that it’s experiencing unprecedented demand for shipping and higher operating cost due to COVID-19. Typically, peak surcharges occur only during busy online holiday shopping periods like Christmas. This is the first time in the E-commerce era that UPS has added surcharges. The new rates take effect May 31st. 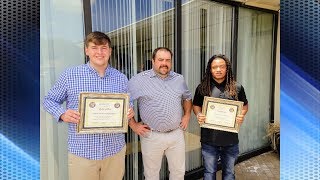 Wellborn’s Dylan Gilbert and Alexandria’s Devin Burton won the primary scholarship award given by the Quarterback Club of Calhoun County. The senior players were honored for their achievements on the field, in the classroom and in the community. Burton led the Valley Cubs to an 8-3 season and second round playoff berth in Class 5A. Gilbert and the Panthers went 12-2 and made it to the Class 3A state semifinals. The Quarterback Club of Calhoun County also announced that July 2 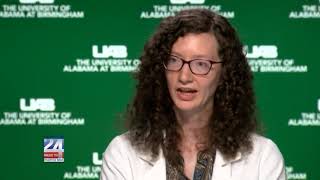 UAB doctors have agreed that what we do this summer will likely impact how soon we see another surge in COVID-19 cases. UAB Infectious Disease Doctor Rachael Lee says medical experts have to use past pandemics to try and figure out what could come next for this one. She stresses that people do not need to assume that because it’s hot outside, we are in the clear. Dr. Lee agrees with national experts who have said that social distancing and wearing masks is just as important d 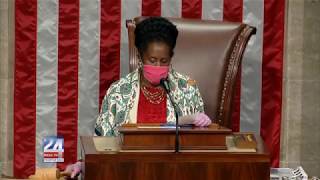 Changes could soon be coming to the paycheck protection program. The House of Representatives voted to make loans from the Small Business Aid Program more flexible and more accessible for small businesses. Currently, small businesses have eight weeks to use the money to qualify for loan forgiveness. If the new bill passes, they’d have 24 weeks. It would also let small businesses use more of the money to pay their employees and they could defer payroll taxes. This legislation 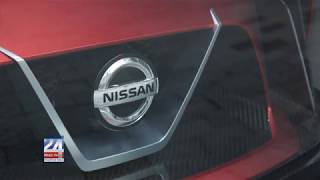 Japanese carmaker Nissan has announced that it will cut production capacity by 20% and will shut down its vehicle manufacturing plant in Barcelona, Spain as part of a company overhaul. This comes after Nissan revealed its first annual operating loss in more than a decade. This comes a day after Nissan Renault and Mitsubishi said they would deepen their alliance. The companies will make fewer models, share production facilities and focus on the existing geographic and technolo
1
2345